The Ratcliffe Family count themselves as incredibly fortunate as they were also blessed to have the BBC’s DIY SOS TV programme visit in the summer of 2016 to build them their Forever-Home. 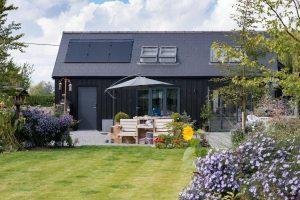 The Ratcliffe Family consist of two dads, Garry and Kyle, and the four kids – Haydn, Isobella, Curly and Phoebe – three of whom have special educational needs or disabilities. 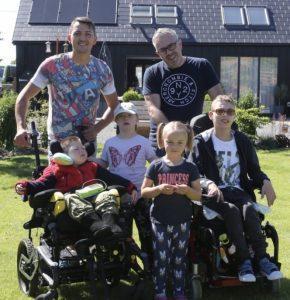 Garry and Kyle Ratcliffe both felt now was the time to give something back, and so foundered Curly’s Legacy, and as such Curly’s Farm was born.

The smallholding and garden have been hugely developed since 2016 and now are used by the family to raise and keep animals.

The animals that are on Curly’s Farm are mainly rare or ‘Traditional Old English’ breeds, such as Ryeland sheep, Large Black, Tamworth or Saddleback pigs, Light Sussex hens etc.